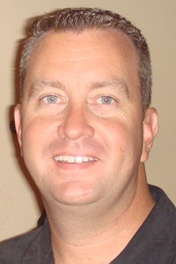 Ed Etchells is the President and founder of EAE Consulting.  Mr. Etchells is a graduate of Rutgers University and The Rutgers School of business where he graduated with Honors. He has held management positions with both publicly traded and privately held companies.  He has vast experience in operations as well as  Information Technology.  This experience allows Mr. Etchells to see the big picture and marry the technologies available to your business needs.

Mr. Etchells is presently the Chief Information Officer at South County Mental Health Center where he is responsible for the operational and strategic initiatives of the center’s Information Technology.

Prior to AllianceCare, Mr. Etchells was the Vice President of Operations and General Manager of Sports For Fun, Inc, a franchisee of Play It Again Sports stores.

Mr. Etchells has also held management positions with Family Golf Centers, Golden Bear Golf and even had his own Golf Instruction business while working through college.

Mr. Etchells is also a veteran of the U.S. Army where he served on both active duty as well as the reserves for a combined total of eight years.  While in the Army, he attended numerous leadership schools including the Primary Leadership Development Course, The Basic Non-Commissioned Officers Course and the Drill Sergeant’s Academy where he was the Distinguished Honor Graduate. He rose to the rank of Staff Sergeant and has received numerous medals and commendations for meritorious service and achievement.